Performance reviews stress me out.  As a perfectionist, I’m constantly seeing ways I could be doing a better job, even though I often recognize that I am trying really hard.  Our organization uses an annual review system that includes setting goals with my supervisor, putting in notes before the mid-year check-in and the end-of-year review period, and meeting with the supervisor to discuss it all.  He also puts in notes related to my performance in different areas and my success at meeting the goals we set.  At the end of the year (in our case, June), he rates us on whether we met, exceeded, or did not meet expectations. 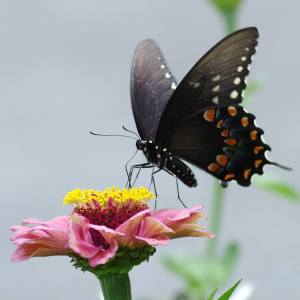 My boss is great.  We get along really well, he challenges/encourages me to continue growing, and he often tells me I’m doing a good job.  Nevertheless, anticipating any kind of criticism (even the gentle, constructive kind) is nerve-wracking.

When it was time for my review meeting, my boss said that he wasn’t going to do the whole formal routine in our meeting, because he feels like we talk about how I’m doing all the time.  He said I’m doing awesome, and that he’s giving me the “exceeds expectations” rating.  (This Hermione is fine with that, because there is no “outstanding” above it.)

He said that some of my peers are jealous of me, which was quite surprising to hear.  They think I get to do a lot of the “fun” stuff.  He said he asks me to do a lot of those more interesting things because he knows he can rely on me to do it well, and that I’ve earned it by doing other tasks well.  He also acknowledged that a lot of what I do isn’t fun or easy, but people don’t realize that it isn’t fun and easy, because I don’t let on.  He said that other people (like his boss) will say, “Oh, send her to that; she’s your social butterfly!”  Then he said something that I appreciated so much.

What they don’t realize is you’re actually a social moth.  You fly by quickly and they *think* you’re a butterfly, but really you’d rather be flying around at night when nobody is around.  (That’s pretty good, huh? I just made that up!)

I loved that.  Not only do I love that “social moth” fits me quite well, but I love that my manager understands that about me now.  He sees it, he acknowledges that things involving people are hard for me, and he continues putting me in situations where I will be stretched but also have support.  For example, when I had to present to our department’s leadership team about some “tech tips” he and I have been writing together, he sent me a chat after the presentation.  “Good job by the way, you kicked butt. 🙂 I know you don’t like speaking in groups, but the PowerPoint was great, your talking was great, just fantastic all the way around. I am very proud.”

His comments about what others have said also reminded me of how good I am now at “passing” when I’m at work.  What’s amusing to me is that he used to call me a “social butterfly,” too.  I clearly remember one conversation, when we were talking about high school and the performing arts.  I said my sister was the one up on stage starring in the musicals, loving the spotlight, not me.  He was surprised by that!  He said something about me being so outgoing.  I chuckled and said quietly, “That is the act.”

I love this video so much!  It reminds me of My Message to the 4th Graders.  Enjoy and share 🙂